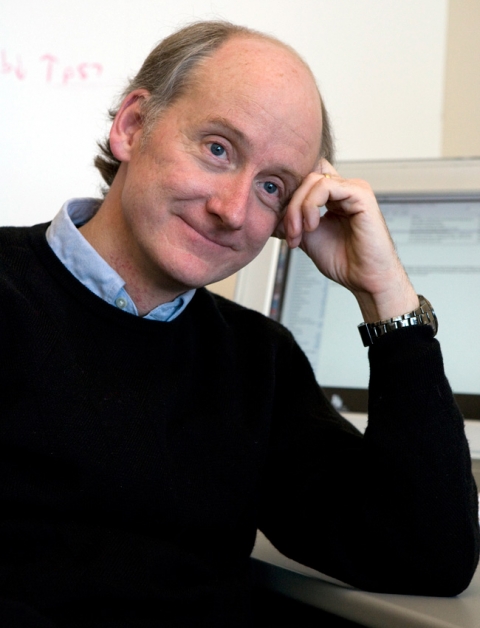 Keep the Lights On: A Team of Researchers Led by MCDB’s James Thomson has Found a Way for Pluripotent Stem Cells to Self-renew

Stem cell pioneer James A. Thomson and his research team have discovered a way to impose an immortal-like state on mouse progenitor cells responsible for producing blood and vascular tissue. By regulating a small number of genes, the cells became “trapped” in a self-renewing state and capable of producing functional endothelial, blood and smooth muscle cells. The findings, to be published in the Dec. 9, 2014, issue of Stem Cell Reports now appear online, point to a potential new approach to developing cells in the lab environment for use in drug screening and therapies and as a basic research tool.