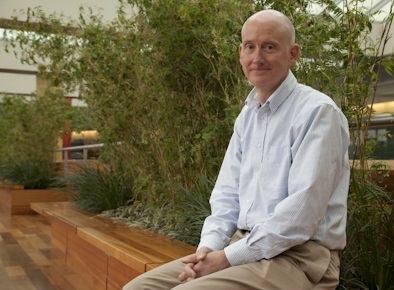 An Algorithm that helps identify elusive genes that express like clockwork

Genes that express in precisely timed patterns, known as oscillatory genes, play an essential role in development functions like cell division, circadian rhythms and limb formation. But without a time-lapse view of genetic expression, these genes have gone largely undiscovered.

An algorithm developed by Co-Director James Thomson and colleagues is giving scientists a new way to identify the dynamics of oscillatory genes, and perhaps defining the roles of these early-development forces for the first time.

A paper published in this week’s online edition of Nature Methods describes this new statistical approach, called “Oscope,” which helps identify oscillating genes in single-cell RNA-sequencing experiments. The key to Oscope is examining cells from an unsynchronized population, where the cells are in different developmental states.