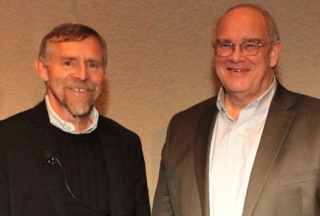 Dr. Dennis Clegg recently visited NIH and gave a summary of his efforts with the California Project to Cure Blindness to develop a stem cell-based therapy for age-related macular degeneration (AMD), a major cause of blindness in the U.S. His talk was the second installment in the National Eye Institute Audacious Goals Initiative Seminar Series in Neuroregeneration. 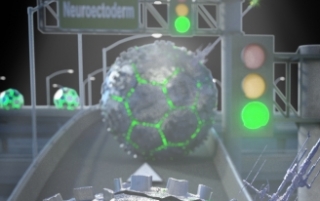 Unraveling the Mystery of Stem Cells

How do neurons become neurons? They all begin as stem cells, undifferentiated and with the potential to become any cell in the body. Until now, however, exactly how that happens has been somewhat of a scientific mystery. New research conducted by UC Santa Barbara neuroscientists has deciphered some of the earliest changes that occur before stems cells transform into neurons and other cell types. Working with human embryonic stems cells in petri dishes, postdoctoral fellow Jiwon Jang discovered a new pathway that plays a key role in cell differentiation. The findings appear in the journal Cell. 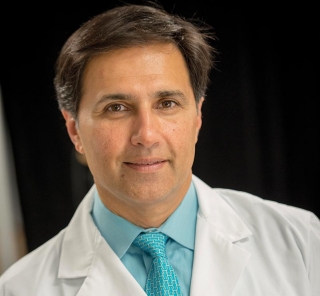 Mark Humayun to receive National Medal of Technology and Innovation

President Barack Obama will bestow the National Medal of Technology and Innovation to USC Professor Mark Humayun, who is the director of the California Project to Cure Blindness (CPCB). The CPCB is a collaboration between USC, UC Santa Barbara, Caltech, and The City of Hope to develop a stem cell therapy for age-related macular degeneration. 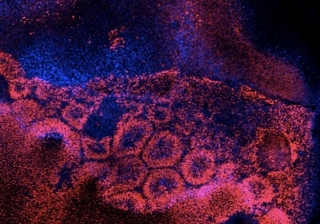 More than seven million people in the US struggle to see. While most are not completely blind they have difficulty with, or simply can’t do, daily tasks most of us take for granted. CIRM has committed more than $100 million to 17 projects trying to solve this unmet medical need. Two of those projects have begun clinical trials testing cell therapies in patients. 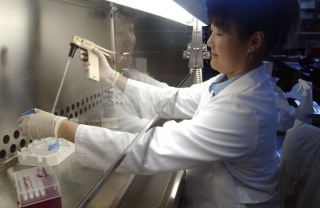 An award-winning essay by Dr. Sherry Hikita, former director of the Stem Cell Core at UC Santa Barbara, and now a research scientist at Asterias Biotherapeutics, describes her motivation to do stem cell research.