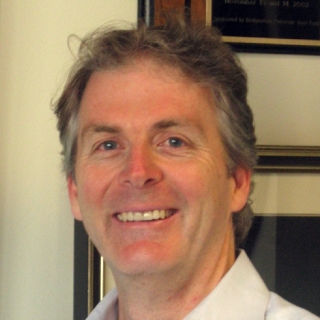 In order to overcome the challenge of metal contamination in traditional ATRP systems, we have been involved in developing a metal-free ATRP process, mediated by light and catalyzed by an organic-based photoredox catalyst. Polymerization of vinyl monomers are efficiently activated and deactivated with light leading to excellent control over the molecular weight, polydispersity, and chain ends of the resulting polymers. Significantly, block copolymer formation is facile and can be combined with other controlled radical processes leading to structural and synthetic versatility. We believe that these new organic-based photoredox catalysts will enable new applications for controlled radical polymerizations and are exploring their further value in both small molecule and polymer chemistry.

New conjugated molecules with twisted structures have been designed and synthesized. Copolymers with these nonplanar building blocks are unique in terms of their optical and electrochemical properties. These new polymer materials have found their applications in organic electronics such as solar cells, field-effect transistors and thermoelectrics.

Ring-opening metathesis polymerization (ROMP) generally relies on the ring strain within an unsaturated monomer to promote and control the polymerization process. Through the invention of an enyne containing small molecule “polymerization trigger,” fast and direction polymerizations can be achieved without the prerequisite of ring strain. This allows for facile introduction of complex sequences and functionality into the backbone of the resulting polymer, while still maintaining control over parameters such as molecular weight and molecular weight distribution.

Combining the power of oxyanionic polymerization and thiol-ene click chemistry, we can form hydrogels from a binary mixture of solutions containing fully watersoluble and oppositely-charged triblock copolymer precursors. The key to the physical associations in these materials derives from the charged end-blocks, which when combined in solution will phase-separate to form coacervate-domain crosslinks. These unique hydrogel materials are remoldable, injectable, require no cosolvents to form, and are responsive to pH and salt concentration.

Polyethers, such as poly(ethylene glycol) (PEG), are widely used materials in established fields such as drug-delivery, and control of biocompatibility, and are becoming increasingly important in emerging technologies such as lithium-polymer batteries, and environmentally benign anti-biofouling coatings. A challenge with all PEG-based systems is the lack of functional handles along the polyether backbone. Using robust monomer syntheses, and highly controlled ring-opening (co) polymerizations, we are able to tailor the functionality of polyether materials toward applications in drug-delivery, and energy storage.