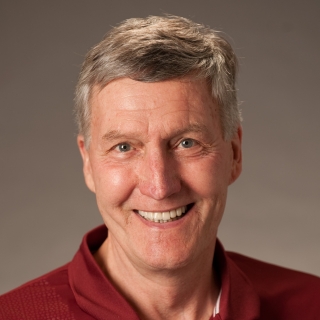 The Ruoslahti laboratory screens large collections ("libraries") of random peptides to identify those that bind to specific targets in the vasculature. The peptides in the library are displayed on the surface of phage (a virus that infects bacteria), and the screening is done in vivo. When the library is injected into the circulation of a mouse, phage particles that display peptides capable of binding to a selected target tissue, such as a tumor, accumulate at the target where they can be collected and their peptide identified. The method has revealed a wealth of specific features, or "vascular zip codes", in the vessels of individual tissue and tumors. We have identified peptides that specifically home to tumors because they recognize angiogenesis-associated or tumor-type specific markers in tumor blood vessels. We even have peptides that distinguish the vessels of pre-malignant lesions from those of fully malignant tumors. Homing peptides have also revealed a zip code system of molecular changes in tumor lymphatics.

We have used synthetic homing peptides identified by phage display to target drugs and biologicals into tumors. The targeting can increase the efficacy of a drug while reducing its side effects. Even a non-specifically toxic compound can be converted into a compound that affects only the targeted tissue. We also identify the target molecules (receptors) for the peptides. The receptors of our tumor-homing peptides often play a functionally important role in tumor vasculature, and because of this are candidates for drug development.

Cancer is so lethal because, unlike normal cells, cancer cells can migrate to distant sites where they do not belong and multiply there. The metastatic growths that result are what often makes cancer incurable. Normal cells attach to an insoluble protein scaffold, extracellular matrix, the protein/carbohydrate meshwork that fills the spaces in between cells. If normal cells detach from the extracellular matrix, they promptly die by apoptosis which, when caused by lack of attachment, is called anoikis. One of the fundamental characteristics of cancer cells is that they can detach and stay alive to eventually metastasize.

In the 1980's this laboratory demonstrated that the cell-binding site of fibronectin and several other extracellular matrix proteins consists of a tripeptide, RGD, presented in a different context in each protein. We also isolated RGD-binding cell-surface receptors that subsequently became known as the integrin family of cell-adhesion receptors. The RGD paradigm became the basis of an intense worldwide drug development program seeking new treatments for arterial restenosis, thrombosis, angiogenesis, and cancer.

The current cell attachment work in this laboratory focuses on the signaling pathways that control anoikis, and through it metastasis and even angiogenesis. The signaling proteins we work on include Bit1 a mitochondrial protein we consider a "guardian of anoikis", a protein we named "metadherin" because it promotes lung metastasis from breast cancers, and the receptor for one of our tumor-homing peptides that appears to promote tumor growth by causing metabolic changes in tumor cells.

A major recent focus is to use homing peptides as targeting elements to deliver nanoparticles into tumors and other sites of disease. Nanoparticles are considered a promising new approach in medicine because they can be designed to perform more functions than a simple drug. The vasculature is an excellent target for nanoparticles because tumor vessels are readily available for circulating particles. In collaboration with several chemistry and bioengineering laboratories, we have constructed multifunctional nanoparticles for tumor targeting. These particles can be directed into tumors in a highly selective manner as demonstrated by histology, non-invasive imaging, and tumor treatment results. We have constructed nanoparticles with the ability to amplify their own homing to tumors, and are currently working on nanoparticles coated peptides that confer the particles tissue-penetrating properties. The goal is to incorporate multiple functions such as specific targeting, self-amplification of the targeting, exit from vessels into tissue, ability to send signals for imaging, and controlled drug delivery. It is also important that the particles resist uptake by the reticuloendothelial system, which otherwise keeps them from reaching their intended target.